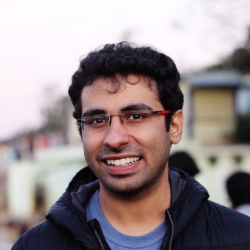 Netflix and Chill — Will it last?

Netflix did things to the entertainment world which was beyond our imagination. The video on demand giant wiped our conventional one week one episode concept. No commercials. Original content by a TV streaming show. No monthly ratings for the amount of users watching a show. And more so, Netflix raged a war against the conventional television and movie industry. Slowly it was taking down one at a time.

According to data released by Omnicom, more than 47% of the millennial and Gen X people don’t watch any show on TV. According to a report by Nielson, the TV viewership among 18–24 years has decreased by a crazy 40% over the period of last 5 years. Linear TV viewership is now majorly survived by people above 50 years where there is no decrease in viewership.

The one thing that hurts Netflix is its overall content cost. Netflix announced earlier this year that it will spend 8 billion dollars in its content in 2018. The next closest competition, Amazon will spend 4.5 billion dollar in its content. Streaming video on-demand rights did not exist in entertainment industry prior to Netflix. Now the streaming rights are getting sky rocket thanks to the competitors. Adding to that, the cost of production of new contents are also increasing. With this the operating cost goes up exponentially high. Adding to this Disney’s acquisition of Fox studios for close to 52 billion dollars created rumours that Disney is picking up its steam in streaming services. Currently Disney and Netflix have a deal in place which is about to end in 2019. The same year Disney is planning to lunch its own streaming service.

How do Netflix tackle the growing costs in the midst of increasing competition. One way certainly is to increase cost of subscription. In fact last year Netflix increased the subscription amount for different plans. Same has been true with Amazon which also provides streaming services without advertisement. But when it comes to beating the competitors who are equally aggressive in content making and capital inflows, Netflix beats all of them with its user base. Currently Netflix has more subscribers than its entire competitors combined. Infant during peak hours, Netflix users consumes 37% of the total internet bandwidth.

On the other side advertising revenue has hit some worrying levels. Subscription based system has created a steady challenge on traditional advertisement based industry. Netflix along with popular music streaming players like Spotify and apple’s iTunes have resorted to subscription based system. Recently Mark Zuckerberg announced in his congress testimony about resorting to subscription based system amid criticism on data privacy issues. Twitter recently announced that their users increased by 9% but revenue decreased by 8%. Adding to this the decrease in television viewership has created questions to the future of the advertisement industry.

Overall, we are in the middle of a war between the once glorified advertisement model of business and the new subscription based model of business. Many will attribute Netflix as the mentor of subscription based model of business. A report published by extremist.com back in 2017 said that Netflix is missing out on 2.29 billion dollars’ worth of potential ad revenue. The growing influence of Netflix has resulted in an loss of 4 billion dollars’ worth of television advertisement revenue. In the future it will be exciting to see whether Netflix will stand by the system it created or resort to advertising revenue.

Till that time, I will Netflix and chill.

If you need any help with social media, join our facebook group by clicking here and our community will definitely help you out!

« 4 supreme reasons why building an online community is important! Getting less engagement on Twitter? »